As one can see it has been eons since I last updated this main blog page.  In keeping with the times, things here on the farm have changed a bit too.  First of all we are no longer breeding Shetland sheep, choosing instead to keep a healthy flock of ewes for friend and fiber.  No lambing in the spring, no sheep for sale, no meat for the freezer and no rams beating down the fences.  Instead, we find plenty to occupy our time in other areas like gardening, cooking the stuff from the garden, spinning, fiber arts, and, for Tom, his continued wheel making.  While it is a bit sad not having bouncing lambs around we are appreciating the time to apply to our many other passions.  And, all the while, we still have some lovely fleeces to work with.  It's the best of all worlds.
Collapse weave scarf of wool 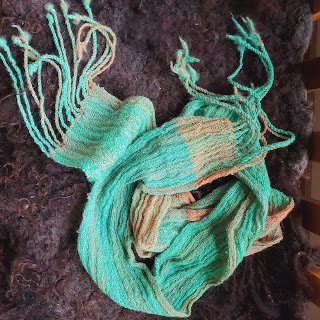 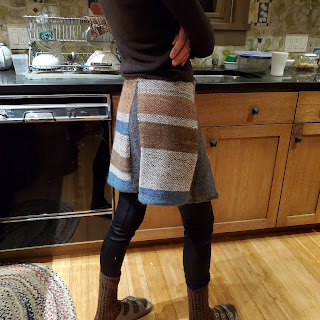 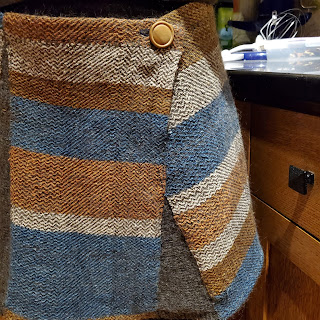 This year's increased rainfall combined with a cool spring has made the grass happy.  Pastures are lush.  In spring we seem to have too much in the way of sheep food and as we don't have enough to justify making hay, we just hope the sheep will fatten up to last them into the fall.  Feast or famine I think they call it. We are now feasting!  I know soon enough the weather will turn towards the hot and dry and the grass will no longer thrive.  Enjoy it while it's here girls! 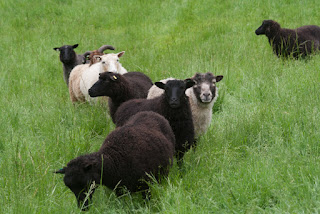 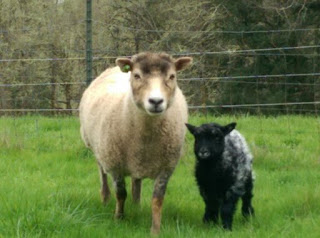 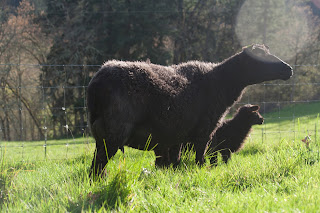 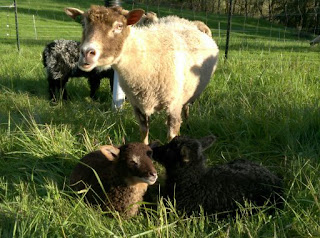 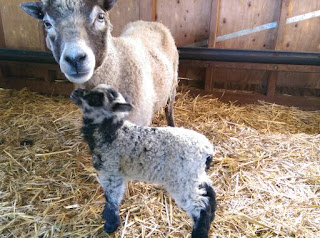 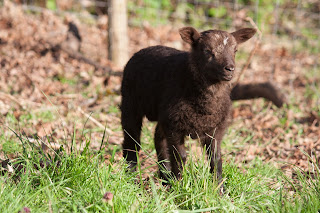 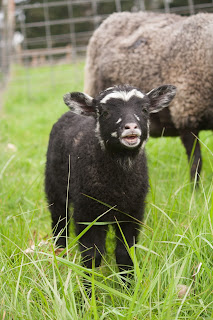 Several weeks ago, after a fresh dusting of snow,  I let the poor sheep out of their confinement and out into one of the grazing paddocks.  Not that there would be any grazing to be had but just for some fun.  Oh my what fun they did have.  Our little Paris was the star.  She takes after her dad, Otis, the king of jumpers.  Anyway
she was hilarious.  Tried to catch a few of her stunts with the camera.  Here they are. 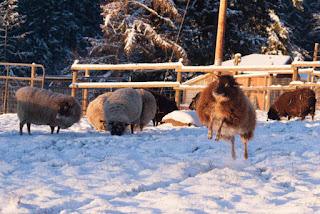 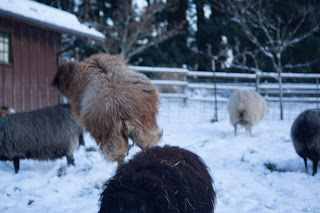 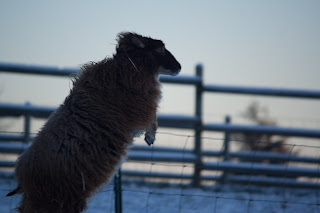 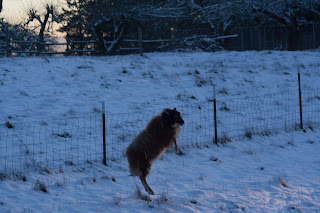 End of Year Beauty and the Beast

Ice storm December 2016 struck when we were suppose to be getting ready for Christmas.  We had rain all day with the temperature hovering around 30 degrees and it did not warm up for a couple days.  Ice built up on all the foliage and trees but seemed to leave the roads in driveable condition.  By the time I came home from work (fortunately I was driving that day rather than the usual biking) our lane was  becoming  impassable from falling limbs.  Later it was big trees!  About one that  afternoon Tom reported that the electricity was out.  That evening we spent warming ourselves by the fire and playing Scrabble under candle light.  We repeatedly heard the crashing sound of tree limbs outside and were afraid to see the damage the next day.  We were out of power for 5 days.  Overall we survived quite well as we had fire, a gas range for cooking and used our generator to strategically fill the water tank and save the frozen food.  Thankfully no damage to structures.  No hot water and carrying water to the sheep did become a bit old.   Thanks to the hard working electric company employees we were not out too long.  Yes it was a beast, but the beauty! 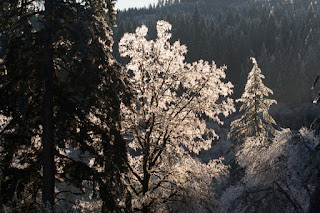 Population Control; Not So Much 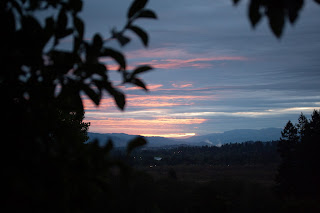 These little Japanese Bantams are amazing little chickens.  Hearty, independent, and self sufficient, they only get a handful of scratch from us most mornings.  They roost in the barn above the sheep, away from the claws of predators. We originally got them to control the fly population in the barn.  They have done a terrific job.  In addition to all these skills they are also masters at procreation.  Our mission this summer has been population control.  We did well finding all those hidden little eggs.  Well until now. This hen showed up last week with 10 little ones!  So much for population control. 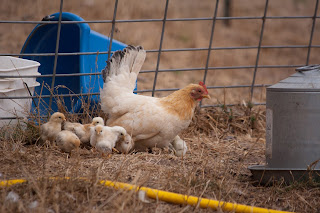 The newly hatched chicks are about the size of a silver dollar. 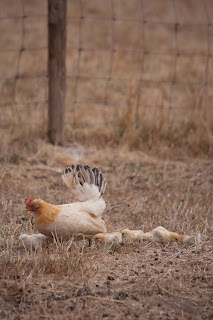 They are great mothers, teaching their young all about foraging. Also keeping them far from my camera, dang! 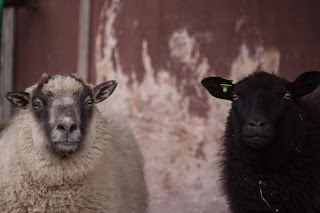 Members of the Sheep clan of McTavish Farm.  Waiting for rain and dreaming of green grass. 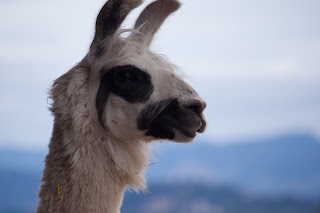 Quite a few years ago, I'm thinking at least 8, I picked up some seeds a fellow beekeeper was handing out at our bee group:  Showy Milkweed seeds.  After reading that showy milkweed was a poisonous plant for sheep I was a bit hesitant to plant it.  One spring I mustered up some courage and planted a few seeds figuring I could keep it contained in my front yard. The plant is a native and one of a few food sources for the quickly disappearing Monarch Butterfly.


Well the plant did grow and each year I plucked off seed heads to keep it from spreading out of control.  So far so good.  An interesting and beautiful annual in an of itself.  The real beauty finally came this year when we were discovered on the Monarch circuit.  We've seen the butterflies quite a few times now and I attempted to catch one on film. 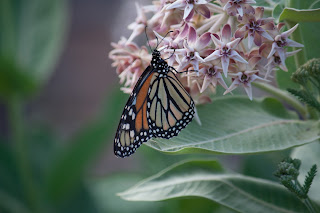 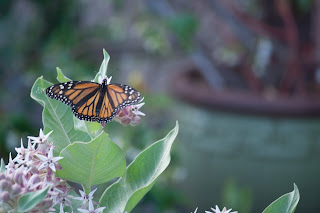